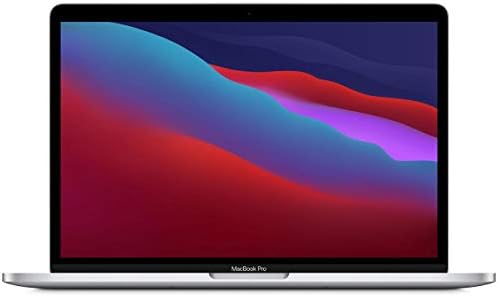 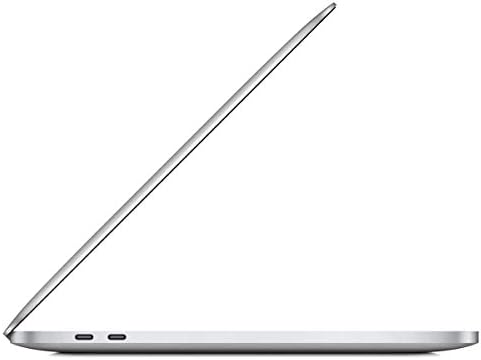 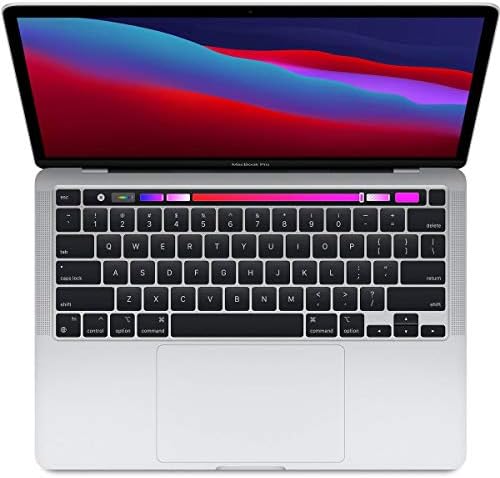 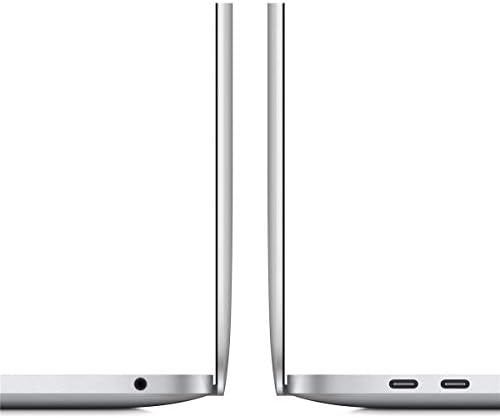 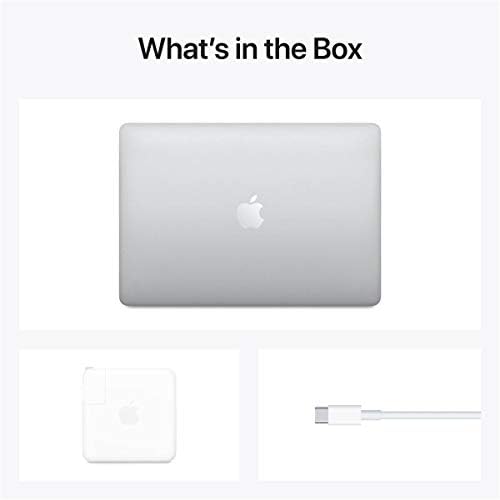 MacBook ProAll systems Pro.The Apple M1 chip gives the 13.3″ MacBook Pro speed and power beyond belief. With up to 2.8x CPU performance. Up to 5x the graphics speed. Our most advanced Neural Engine for up to 11x faster machine learning. And up to 20 hours of battery life – the longest of any Mac ever. It's our most popular pro notebook, taken to a whole new level.Small chip. Giant leap.It's here. Our first chip designed specifically for Mac. Packed with an astonishing 16 billion transistors, the Apple M1 system on a chip (SoC) integrates the CPU, GPU, Neural Engine, I/O, and so much more onto a single tiny chip. With incredible performance, custom technologies, and industry-leading power efficiency, M1 is not just a next step for Mac – it's another level entirely.CPU8-core CPU We're on a power chip.The M1 chip makes MacBook Pro outrageously fast and powerful. Its 8-core CPU rips through complex workflows and heavy workloads, with up to 2.8x faster processing performance than the previous generation – all with unbelievable energy efficiency.GPU8-core GPU Creates beauty like a beast.The 8-core GPU in M1 is the most advanced graphics processor we've ever built. Period. And it brings the world's fastest integrated graphics in a personal computer, delivering a ridiculous 5x boost in graphics horsepower.Machine learning16-core Neural Engine. Smarts, me

There are no reviews yet.

Added to wishlistRemoved from wishlist 0

Added to wishlistRemoved from wishlist 0
$388.99

Buy Now
About us

ipadshowroom.com is a participant in the Amazon Services LLC Associates Program, an affiliate advertising program designed to provide a means for sites to earn advertising fees by advertising and linking to Amazon.com

We use cookies on our website to give you the most relevant experience by remembering your preferences and repeat visits. By clicking “Accept”, you consent to the use of ALL the cookies.
Do not sell my personal information.
Cookie SettingsAccept
Manage consent

This website uses cookies to improve your experience while you navigate through the website. Out of these, the cookies that are categorized as necessary are stored on your browser as they are essential for the working of basic functionalities of the website. We also use third-party cookies that help us analyze and understand how you use this website. These cookies will be stored in your browser only with your consent. You also have the option to opt-out of these cookies. But opting out of some of these cookies may affect your browsing experience.
Necessary Always Enabled
Necessary cookies are absolutely essential for the website to function properly. These cookies ensure basic functionalities and security features of the website, anonymously.
Functional
Functional cookies help to perform certain functionalities like sharing the content of the website on social media platforms, collect feedbacks, and other third-party features.
Performance
Performance cookies are used to understand and analyze the key performance indexes of the website which helps in delivering a better user experience for the visitors.
Analytics
Analytical cookies are used to understand how visitors interact with the website. These cookies help provide information on metrics the number of visitors, bounce rate, traffic source, etc.
Advertisement
Advertisement cookies are used to provide visitors with relevant ads and marketing campaigns. These cookies track visitors across websites and collect information to provide customized ads.
Others
Other uncategorized cookies are those that are being analyzed and have not been classified into a category as yet.
SAVE & ACCEPT